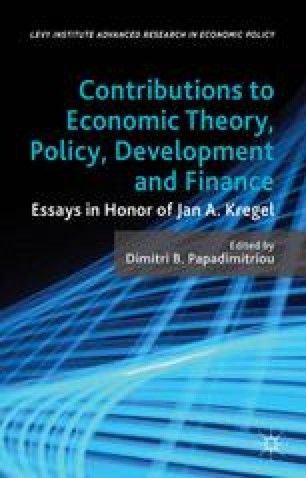 The New Millennium Argentine Saga: From Crisis to Success and from Success to Failure

Argentina’s economic performance, since the beginning of the new millennium, has been an object of analysis and intense debate. This is not surprising. The period began with a severe financial and debt crisis. In December 2001, the government announced the largest default on public debt in global financial history. The economy had also sunk into a deep depression: GDP contracted by more than 20% compared to its previous peak in mid-1998, unemployment reached almost 22% of the labor force and half of the population became poor. Rather unexpectedly for most observers, the economy began a rapid and strong recovery in mid-2002, which then turned into rapid and strong economic growth. During this process, employment grew very fast, many tradable services, manufacturing and agricultural activities boomed and non-traditional exports expanded at an unseeing pace. The impact of the global financial crisis of 2008–09 was short-lived and not as severe as in other emerging markets. However, by late 2011, despite the very favorable external context of low interest rates and high terms of trade, the economy started to be constrained by the lack of foreign exchange. In early 2014, it finally faced a balance of payments crisis. As a result, inflation accelerated and output and employment contracted. The full resolution and consequences of this crisis are — at the time we write these lines — still to be seen.

Exchange Rate Central Bank Real Exchange Rate Real Wage Consumer Price Index
These keywords were added by machine and not by the authors. This process is experimental and the keywords may be updated as the learning algorithm improves.
This is a preview of subscription content, log in to check access.