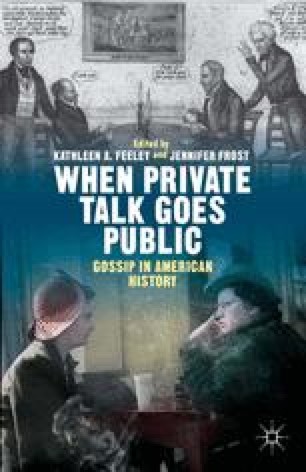 The fifth issue of People Magazine, published on April 1, 1974, featured then-president Gerald Ford on its cover. Ford was neither hobnobbing with heads of state nor sitting dignified in the Oval Office—he was in a swimming pool, with beads of water still streaming down his face. Naked from the waist up, he grins at the camera. “Gerry” Ford is referred to as “the front-runner who refused to run,” while his bare chest conveys a nakedness and willingness to reveal his informal side. The cover domesticates Ford, suggesting him as the reader’s intimate. This now-familiar strategy is one that People has repeated time and again, discursively and visually, as it has spun large and complex issues into narratives about “personalities.” Only a few years before People debuted, Generoso Pope Jr. switched the focus of his National Enquirer, transforming the publication from a gore-and-guts rag into a quasi-respectable tabloid in the late 1960s. Like People, The National Enquirer attracted its audience by cultivating narratives based on people—some bizarre, some remarkable, some famous—and coupling them with advice columns, letters from senators, investigative health pieces, and offhand bits on psychics and famous dogs.

Public Figure Picture Personality Liminal Space Mass Audience Saturday Evening
These keywords were added by machine and not by the authors. This process is experimental and the keywords may be updated as the learning algorithm improves.
This is a preview of subscription content, log in to check access.

© Kathleen A. Feeley and Jennifer Frost 2014