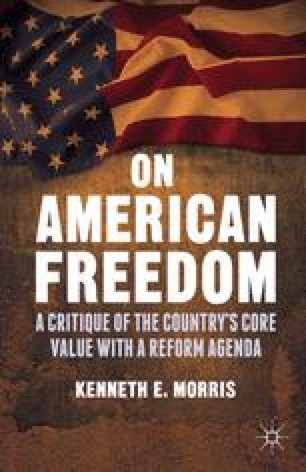 From Republics to a National Empire

In April 1861, Robert E. Lee faced a difficult decision. As a top graduate of West Point with a distinguished subsequent military career, Lee was a staunch supporter of the Union. He believed the South’s secession, which was then underway as one after another Southern state broke from the Union, sheer folly. He also opposed slavery. Fittingly, on April 18, 1861, President Abraham Lincoln offered him the position of major general in charge of the defense of Washington, DC. Lee’s difficulty, however, was that his native of Virginia seceded from the Union the day before, April 17. He therefore faced the choice of fighting for the Union or for his home state. History records his fateful decision. On April 20, Lee resigned from the Army and, on April 23, he took up command of Virginia’s state forces. Before the Civil War ended, Lee rose to Commanding General of the Confederacy, and in its aftermath he has reigned as one of America’s most revered heroes.

Military Service Civic Participation Military Spending Central Intelligence Agency Residential Real Estate
These keywords were added by machine and not by the authors. This process is experimental and the keywords may be updated as the learning algorithm improves.
This is a preview of subscription content, log in to check access.

2 From Republics to a National Empire

Cite this chapter as:
Morris K.E. (2014) From Republics to a National Empire. In: On American Freedom. Palgrave Macmillan, New York