The Irish Civil War and Society 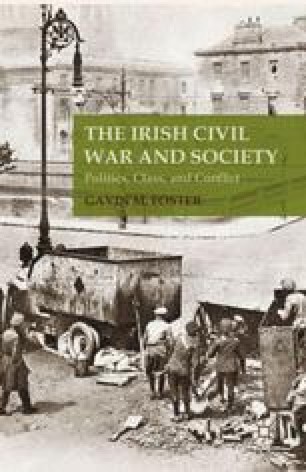 Winners and Losers: Financial Victimization and the Economics of Animosity after the Civil War

During the tumultuous twilight of Ireland’s revolution many thousands of nationalist activists were forced to grapple with a similar cluster of dilemmas, choices, and challenges concerning not only the country’s destiny and the future of the republican struggle, but also their own individual trajectories in the uncertain post-revolutionary years ahead. Economic considerations necessarily loomed large for many activists in this fraught period of transition. As was demonstrated in previous chapters, a toxic combination of expectations, resentments, and anxieties over jobs, positions, and economic status played no small role in the rancorous partisan discourses forged and vented in the civil war. While such bread-and-butter concerns flew in the face of the earlier high-minded, anti-materialist rhetoric of the movement, their appearance in the civil war and its aftermath is unsurprising for a number of reasons.

Civilian Life Republican Movement Nationalist Activist Internment Camp Fellow Prisoner
These keywords were added by machine and not by the authors. This process is experimental and the keywords may be updated as the learning algorithm improves.
This is a preview of subscription content, log in to check access.