Storytelling in the Media Convergence Age 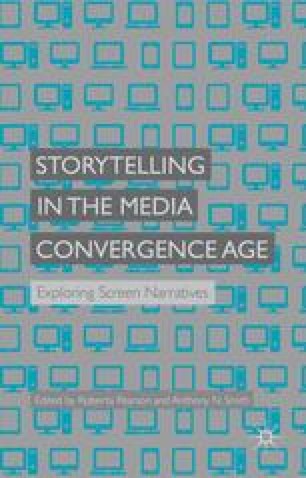 Storytelling in the Media Convergence Age pp 190-204 | Cite as

Heavily dominated by Hollywood imports, Britain has long been considered a difficult market for foreign-language films. Despite representing more than 35 per cent of the films released in Britain between 2002 and 2009, subtitled films only gathered 3 per cent of the box-office takings.1 The limited appeal of foreign-language films has often been attributed to ‘the almost pathological British fear of subtitles’, yet the availability of films, determined by their distribution pattern, and their discursive surround equally shape their box-office limitations.2 In 2001, the success of a few subtitled films at the British box office led both film critics and industry members alike to announce the dawn of a new era, a drastic change in the way British audiences would watch subtitled films. Critic Ian Johns claimed that films such as Amélie/Le Fabuleux Destin d’Amélie Poulain (2001) and Brotherhood of the Wolf/Le Pacte des loups (2001) heralded a new trend in French cinema. Arguing that such ‘genre-blending films’ were causing British audiences to reassess their expectations.3 Philippe Rostain, head of international sales for the French film company Gaumont SA, similarly claimed in 2001 that French cinema had finally ‘freed itself from its arthouse ghetto’, while French critic Elizabeth Lequeret claimed that a new era of French genre film was about to revolutionise French cinema’s image.4

Front Cover Back Cover Sunday Time Theatrical Release British Audience
These keywords were added by machine and not by the authors. This process is experimental and the keywords may be updated as the learning algorithm improves.
This is a preview of subscription content, log in to check access.