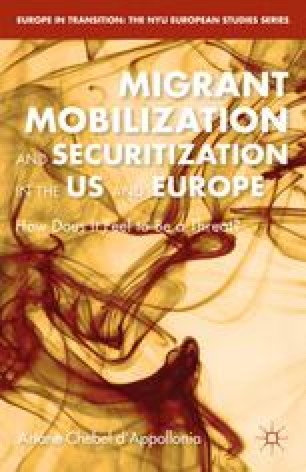 The main objective of immigrant mobilization is political empowerment that involves various activities—not only voting but also donating, signing a petition, writing to officials, lobbying, and demonstrating. Research over the last decade has emphasized the importance of exploring all these avenues of ethnic and immigrant mobilization (Martiniello, 2009; Ramakrishnan and Bloemraad, 2008; Martinez, 2005; Ramakrishnan, 2005). “There is more to participation than simply formal politics,” Michael Jones-Correra pointed out, and therefore the “definition of political incorporation should be expanded to include both participation in electoral and non-electoral forms of politics, and indeed in forms of organizational life that might not be overtly considered political at all” (2005: 75–76).

Political Participation Civic Engagement European Social Survey Civic Organization Protest Politics
These keywords were added by machine and not by the authors. This process is experimental and the keywords may be updated as the learning algorithm improves.
This is a preview of subscription content, log in to check access.