Space and the Memories of Violence 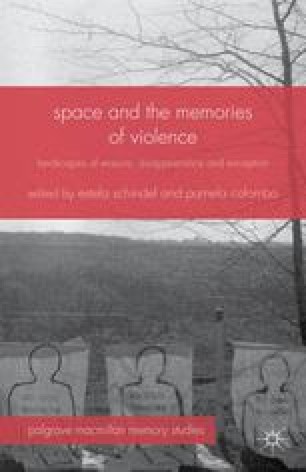 Faces, Voices and the Shadow of Catastrophe

The subject of this chapter is the effacement of war in the twentieth century. In painting, sculpture and installation art in many parts of the world today, war is no longer configured through the human face. In part this is a reflection of internal changes in the arts, but in part it is a reflection of the changing nature of war. In 1914, war had a human face - the face of the generation of soldiers who fought and died on the battlefields of the Great War. But over time, the faces of those who have fought war and at times of those who have become its victims have faded slowly from view. The way many of us see war today, I believe, is very different from the way the men and women of 1914–18 saw it. And since what we see matters much more than what we read, it is of some importance to trace the nature and consequences of this flight from figuration, this occlusion of the human face and form, in representations of war in the twentieth century and beyond.

Human Face Spatial Strategy Iconic Image Terror Bombing Armenian Genocide
These keywords were added by machine and not by the authors. This process is experimental and the keywords may be updated as the learning algorithm improves.
This is a preview of subscription content, log in to check access.