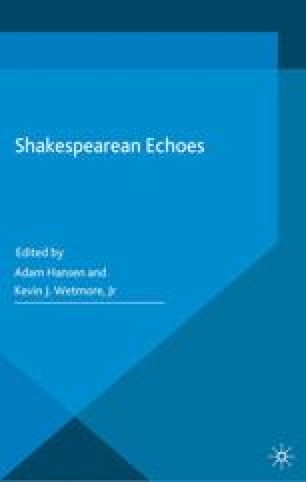 Shakespearean Reverberations: from Religion to Responsibility in Roberta Torre’s Sud Side Stori

A reflection of the post-secular turn, Jacques Derrida’s late writings assay the relationship between religion and responsibility seeking to explain their mutual accountability while also exploring their irreducible differences. Curiously, he contends, both religion and responsibility are ‘built upon the heritage and patrimony of secrecy’ (2008a, p. 9, emphasis in original). As an example, Derrida poses the archetypal enigma of the Abrahamic covenant: God promises Abraham that a great nation will spring from Isaac’s seed, only to insist that Abraham sacrifice his firstborn son as an exercise of his responsibility toward God. The secrecy surrounding this strange compact recurs, of course, in the mysterium tremendum — the unknowable ethical imperative encrypted in God’s ‘gift’ of his own son. Derrida also engages the patrimony of secrecy as it pertains to the mystery of Christian hospitality. In the foundational stories of Lot and the Lévite, for instance, the respective hosts solve the riddle posed by the strangers at their gates by offering their daughters to the rapacious men of the city, rather than allowing sexual ‘outrages’ to be committed against their unexpected male guests. In the end, both fathers, like Abraham, do not have to sacrifice their children, as the ethic of responsibility is superseded by a literal deus ex machina effect whereby that which is sacrificed is, in fact, mysteriously retained — a ‘miracle’ attributed to the inscrutable workings of God’s grace.

Sexual Trafficking Sacrificial Rite Mutual Accountability Female Police Officer Ensemble Number
These keywords were added by machine and not by the authors. This process is experimental and the keywords may be updated as the learning algorithm improves.

See what a scourge is laid upon your hate That heaven finds means to kill your joys with love.