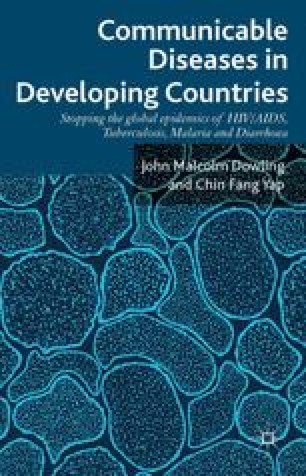 On the surface, malaria looks like an easier target to control and eradicate than HIV-, TB- or cholera-type diseases. This is because malaria is borne by mosquitoes and should be easier to track and control than humans whose behavior is hard to predict and control and who are not subject to eradication using chemicals. However, upon further analysis, it is found that this is not the case. Malaria is a parasite and is spread by the anopheles mosquito. There are several kinds of anopheles and they live in different surroundings from one another. In a way it is like tracking down those people who are likely to have TB or HIV or who live in an environment where there are poor sanitation and/or cleanliness habits. However, doing this is much more difficult than locating pockets of TB, or cholera or HIV potential. Locating the clusters of different types of anopheles within a region as large as Sub-Saharan Africa is a monumental task. It is difficult to catch mosquitoes to see if they are carrying the malaria virus. Resources have not been devoted to tracing the different mosquito types, where they live and whether they bear the malaria virus. This is probably not too much of a problem since the vast majority of malaria cases are spread by the bite of the anopheles mosquito. There are several varieties of the anopheles but they are all capable of spreading the malaria virus.

Antimalarial Drug Malaria Case Human Development Index Communicable Disease Malaria Incidence
These keywords were added by machine and not by the authors. This process is experimental and the keywords may be updated as the learning algorithm improves.
This is a preview of subscription content, log in to check access.