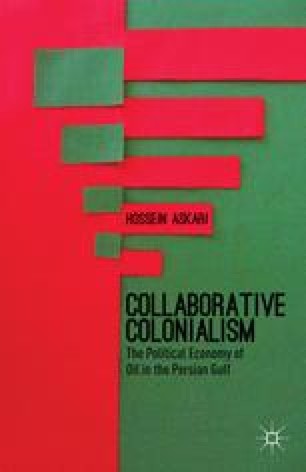 Oil—The Fallout in the Persian Gulf

The eight countries of the Persian Gulf—Iran, Iraq, and the six that constitute the GCC—have received vast oil and gas revenues over the last 40–50 years. Between 1975 and 2011, the high quality of their oil and gas deposits, which translates into a low average cost of production and thus enormous rents from oil extraction (that is the difference between the price of oil and its production cost), has afforded them average resource rents as a percentage of GDP that are simply staggering in comparison to the world average: Bahrain (33.8 percent), Iran (28.9 percent), Iraq (61.8 percent), Kuwait (49.9 percent), Oman (44.8 percent), Qatar (45.8 percent), Saudi Arabia (45.6 percent), the UAE (26.2 percent), and the world (3.6 percent).1 How have they fared—in growing and diversifying their economies, transforming their oil capital into other capital forms for future generations, enhancing human development, and establishing political and economic institutions to sustain development and growth? In this chapter, we basically report some performance data to assess the economic, human, social, and political achievements of these countries to date, and in the next chapter we will detail the difficult transition process from where they find themselves today to an oil-less economy.

Saudi Arabia Human Development Index Civil Liberty Capita Growth Rate Worldwide Governance Indicator
These keywords were added by machine and not by the authors. This process is experimental and the keywords may be updated as the learning algorithm improves.
This is a preview of subscription content, log in to check access.