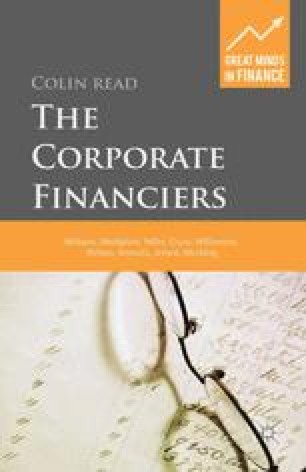 Like many great ideas, Alchian and Demsetz present an argument that seems obvious after the fact: That the ability to coordinate teams creates synergies for which value exceeds the sum of its parts. The philosophy of the Boston Red Sox baseball team and the New England Patriots American Football team is in the promotion of teamwork over individualism, in sharp contrast to the criticism levelled against their arch-rivals, the New York Yankees or New York Jets, respectively, which are sometimes seen as a collection of individual stars who lack team spirit.

Cite this chapter as:
Read C. (2015) Applications and Extensions. In: The Corporate Financiers. Great Minds in Finance. Palgrave Macmillan, London