Strategies of Representation in Auto/biography 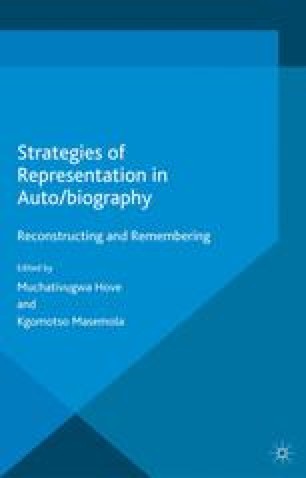 Strategies of Representation in Auto/biography pp 78-96 | Cite as

The emergence of war literature like Dzino’s Memories of a Freedom Fighter that is personalised has serious ramifications on the story of the liberation struggle as it is anchored on personal selective memory and self-glory. It is more so as it deconstructs the causes of the war. In the book, the author, Dzinamrira Machingura, is at war with his colleagues and participants in the struggle, those who, for the same cause of wanting to liberate the country, left their homes and families. This tone and the agenda of the book have apparently been set by someone else as the auto/biography compares well with auto/biographies produced by angry Rhodesians who, up to today, do not believe that they were defeated in the battlefield by the blacks.

Collective Effort Spiritual World Armed Struggle Colonial System Freedom Fighter
These keywords were added by machine and not by the authors. This process is experimental and the keywords may be updated as the learning algorithm improves.
This is a preview of subscription content, log in to check access.