Desire between Women in Caribbean Literature 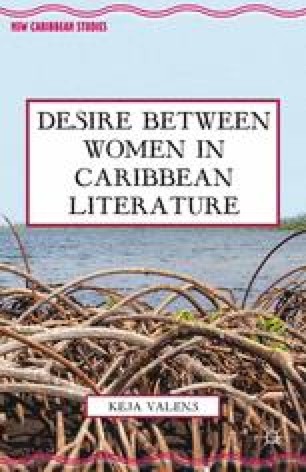 Desire between Women in Caribbean Literature pp 25-44 | Cite as

According to José Martí, Amistad funesta (Fatal Friendship 1885), later retitled Lucía Jerez, was to have been “the Hispanoamerican novel that was desired” (109), a story where “higher ventures” lifted mere lovers’ tales to “better ends” (110). Yet, faced with the problem of containing desire between women, the romance in Amistad funesta/Lucía Jerez fails.1 The unrealized hope for Martí’s only novel anticipates Doris Sommer’s conception of national romances where “books fueled a desire for domestic happiness that runs over into dreams of national prosperity; and nation-building projects invested private passions with public purpose” (7). Sommer’s work defines one of the major trends in Latin American literature and Martí is one of the most venerated authors in Latin America and the Caribbean, but Martí’s preface to Amistad funesta/Lucía Jerez is staged as an apology, an admission of defeat. Either this novel or the novel erodes the foundation faster than it can be shored up.

Heterosexual Couple Male Friendship Moral Conformity Latin American Literature Unrealized Hope
These keywords were added by machine and not by the authors. This process is experimental and the keywords may be updated as the learning algorithm improves.
This is a preview of subscription content, log in to check access.