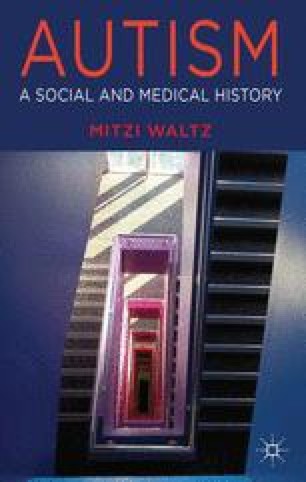 Autism before and after the Enlightenment

The stories of Ralph and Ida neatly bisect the social and medical history of autism. Before the ‘Age of Enlightenment,’ a period that is usually held to run from the last two decades of the seventeenth century through the eighteenth century, the symptoms that we now associate with autism were viewed largely through the lenses of folklore and religious belief. After it, there was almost always a medical aspect to how these symptoms were conceptualised and dealt with, even if this was but a thin veneer of terminology. This is not to say that there was a sea change from one paradigm to another. As will be demonstrated in later chapters, earlier beliefs about autism have survived alongside and within scientific views. Observers in the pre-Enlightenment past will also have occasionally stumbled upon less ethereal explanations.

Intellectual Disability Blind Child Spirit Possession Thin Veneer Folk Belief
These keywords were added by machine and not by the authors. This process is experimental and the keywords may be updated as the learning algorithm improves.
This is a preview of subscription content, log in to check access.