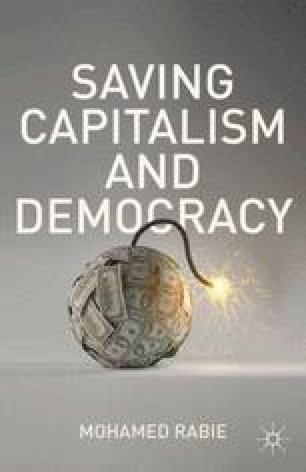 The majority of nations in the world, and especially the poor ones and the western industrialized states, face many complicated and largely intertwined internal and external challenges, making it rather impossible to deal successfully with one major challenge while ignoring most others. By the same token, no one is able to describe every challenge in clear terms and prescribe the right medicine to deal with it. However, dealing with any cluster of challenges, such as the global debt crisis and its economic causes, would open new venues to deal with other challenges and ease the overall burden of the current situation. In the following three chapters, I shall focus on issues of particular importance: specifically, the public debt, the China-US trade deficit, the loss of economic competitiveness, and a few more. New ideas will be suggested to deal with these issues with the aim of saving both capitalism and democracy, strengthening the world economy, developing the underdeveloped economies and societies, helping the world’s poor, and rebuilding the middle classes everywhere.

Public Debt Debt Crisis Lower Interest Rate External Challenge Underdeveloped Economy
These keywords were added by machine and not by the authors. This process is experimental and the keywords may be updated as the learning algorithm improves.
This is a preview of subscription content, log in to check access.