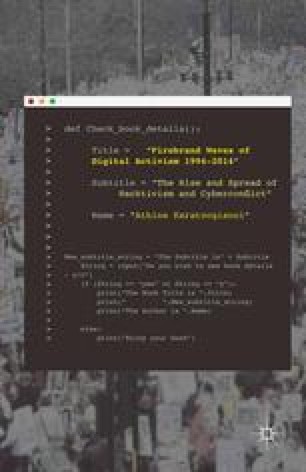 I place the start of the third phase in 2007 with the Estonian cyberconflict because it pointed to the deficiency of the international community to regulate cyberconflict and to create mechanisms for defining and reacting to cyberattacks conducted against a state, especially one linked to NATO and the EU, and in a sensitive geopolitical area. Keeping the socioeconomic implications in mind, the real impact of the Estonian cyberconflict operates on multiple political levels. It was initially speculated whether the attacks were by the Russian government, Russian diasporic communities, or more likely ethnic Russians in Estonia. It is also a problem, even when the guilty party is confirmed, to decide whether to treat cyberattacks as ‘real’ military attacks. The other problem it pointed to is how to understand the differences between cyberprotest, cyberterrorism, and cybercrime.

Chinese Communist Party Local Official Information Communication Technology Mainstream Medium Armed Attack
These keywords were added by machine and not by the authors. This process is experimental and the keywords may be updated as the learning algorithm improves.
This is a preview of subscription content, log in to check access.