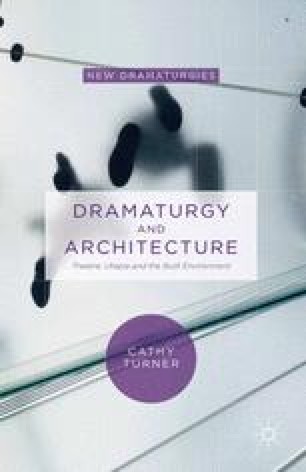 Dramaturgy and Architecture pp 52-82 | Cite as

Chronotope and Rhythmic Production: Garden Cities, Narratives of Order and Spaces of Hope

In George Bernard Shaw’s 1904 play, John Bull’s Other Island, the Irishman Peter Keegan reminds us, ‘Every dream is a prophecy: every jest is an earnest in the womb of Time’ (Shaw 1952 [1904]: 452). Perhaps in the same spirit, a reviewer of the 1910 Garden City Pantomime at Letchworth writes: ‘I refuse to take Garden City seriously, because, like all important things, it began as a joke. An official in the House of Lords wrote a little book about the cities of Tomorrow. A number of influential men took him at his word and floated a company to build castles in the air’ (Buckley 1910: n.p.).

Garden City Audience Member Rhythmic Gymnastic Modern Dance Rhythmic Production
These keywords were added by machine and not by the authors. This process is experimental and the keywords may be updated as the learning algorithm improves.
This is a preview of subscription content, log in to check access.