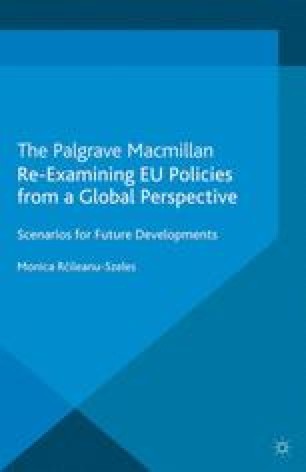 Crisis and Prospects for the Welfare State in the EU

The creation of the European Union (EU) traces its origins to three European organizations known as the European Communities: the European Coal and Steel Community (ECSC, 1951), the European Atomic Energy Community (EURATOM, 1957) and the European Economic Community (EEC, 1957). Despite the wide range of arguments behind EU integration — such as the building up of an alternative to the USA, the construction of a single European market and the organization of European industrial production based on optimum considerations — the economic fundament was the main and initial interest of the founding members. Free competition, optimal distribution of resources and economic growth were seen as representing the engine of the EU integration project, which therefore had a pure economic dimension in the initial phase of its building process. European social policy developed later, not as a particular aim, but indirectly, in the shadow of economic policies.

European Union Welfare State Pension System European Union Country Pension Plan
These keywords were added by machine and not by the authors. This process is experimental and the keywords may be updated as the learning algorithm improves.
This is a preview of subscription content, log in to check access.