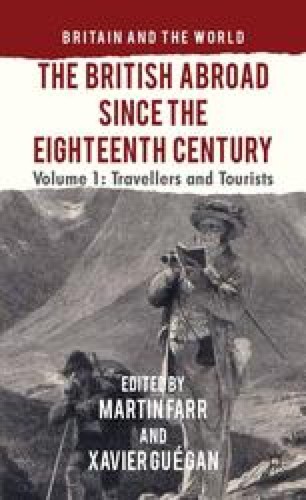 The British Abroad Since the Eighteenth Century, Volume 1 pp 159-175 | Cite as

‘Women seem to be more inspired by China than men, both in art and literature, and … this beautiful and faithful display of studies of my country and her people is evidence of it.’ Such, allegedly, was the reaction of Guo Taiqi, China’s Ambassador to London, to the 1935 exhibition of Vera Southby’s paintings he attended at the City’s Alpine Club Gallery. 1 The newspaper record points to the variety of tactics employed at the time by Chinese officials to solicit British sympathy for their imperilled nation. It also serves as a reminder of the significant involvement of British women in the visualising of China during the first few decades of the twentieth century. Across Britain, tucked away in private homes, occupying spaces in museum vaults and illustrating ageing books on China, are today to be found thousands of images of ‘China and the Chinese’ made by professionally trained and amateur women artists who spent time in what some still called Cathay. The art once enjoyed publics in Britain, being consumed in venues ranging from the humble to the mighty. That era has long gone and, notwithstanding Sara Suleri’s striking, if brief, account of the ideological urgencies and ambiguities embedded within watercolours painted by British women in nineteenth-century India, and Caroline Jordan’s fascinating investigation of the complexities of ‘the picturesque pursuit’ among Australian women artists during the same century, 2 virtually no scholarly work has been undertaken regarding the slightly later body of China work.

Royal Academy British Woman China Journal British American Tobacco Hall Exhibition
These keywords were added by machine and not by the authors. This process is experimental and the keywords may be updated as the learning algorithm improves.
This is a preview of subscription content, log in to check access.