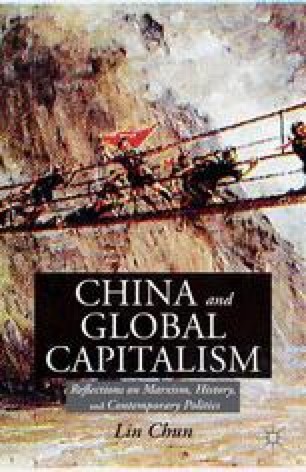 Can There Be a Chinese Model?

Modern China’s national development defied the teleological “master course” to follow an alternative trajectory. It was essentially a collective search for, successively, a revolutionary alternative to colonial modernity, a socialist alternative to Stalinist statism, and a reformist alternative to capitalist integration. This trajectory, never smooth and full of contradictions and setbacks, has nevertheless modified the typical periodization of the modern and “world time” of globalization (Lin 2006: 57). This unique historical experience distinguishes itself from other national paths or choices, typically Soviet communism, considered a betrayal of a socially centered socialism, and third world capitalism, which has mired much of the postcolonial world in poverty and conflict.

State Sector Social Power Socialist Market Global Capitalism Mass Line
These keywords were added by machine and not by the authors. This process is experimental and the keywords may be updated as the learning algorithm improves.
This is a preview of subscription content, log in to check access.