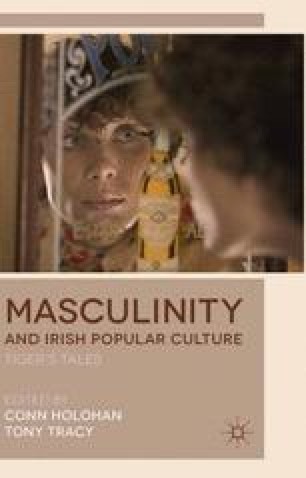 Sons of the Tiger: Performing Neoliberalism, Post-Feminism, and Masculinity in ‘Crisis’ in Contemporary Irish Theatre

Marina Carr’s 2009 play Marble presents the spectator with a world of material possessions beyond any sense of need, of beautiful homes kept by trophy wives, and of married men cocooned in a bubble of wealth and masculine privilege.1 The male protagonists, Art and Ben, long-time friends and executive colleagues, embody the Celtic Tiger dream of high-flying careers with corporate-bonus-culture salaries. Yet, both men have reached an existential impasse in their lives. Without meaning to, or even realizing it, Art has fallen out of love with his wife Anne. Ben thinks that he loves his wife Catherine, but in reality, he carries flawed and unreconstruct ed ideas about what love and marriage mean, particularly when it comes to power structures and female choice. Neither man really knows his children, and both are blissfully ignorant of domestic goings-on. In their professional lives, regardless of their ability to annihilate the competition, they take little solace in their glories on the corporate battlefield. Despite seeming to have it all, both men have reached a plateau of stagnancy, searching for meaning in lives that have become comfortably — yet terrifyingly — mundane.

Anorexia Nervosa Hegemonic Masculinity Port Authority Masculine Identity Social Script
These keywords were added by machine and not by the authors. This process is experimental and the keywords may be updated as the learning algorithm improves.
This is a preview of subscription content, log in to check access.