Elections and Democratization in the Middle East 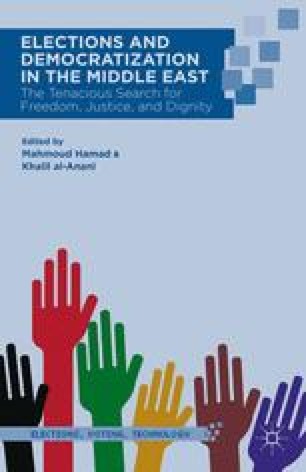 Libya: Legacy of Dictatorship and the Long Path to Democracy

As the Libyan people emerge from over 40 years of dictatorship under Muammar al-Qaddafi, and the brutal conflict that brought it to an end, they face the daunting challenge of successfully and peacefully transitioning to democracy. Qaddafi liked to insist he was presiding over the truest form of popular governance, dubbed a Jamahiriyya, or “state of the masses,” whereby the people supposedly held direct and supreme control over their country. Though there was little doubt among most Libyans of his complete and uncompromising control over the reins of power, Qaddafi maintained that he was either subject to the will of the people or holding no formal power at all in his various posts, from Chairman of the Revolutionary Command Council to “Brotherly Leader and Guide of the Libyan Revolution.” The political experience endured by the Libyan people was accented by erratic, often fundamental shifts in policy, and distinguished by unorthodox initiatives. Despite frequent attempts by the regime to foster engagement in the political system, most Libyans concluded that the available avenues of engagement were designed to maintain the façade of popular rule and, thus, would not provide them with any real opportunity to sway any important decision-making.

Civil Society Political Culture Liberal Democracy Civil Society Organization Federal System
These keywords were added by machine and not by the authors. This process is experimental and the keywords may be updated as the learning algorithm improves.
This is a preview of subscription content, log in to check access.