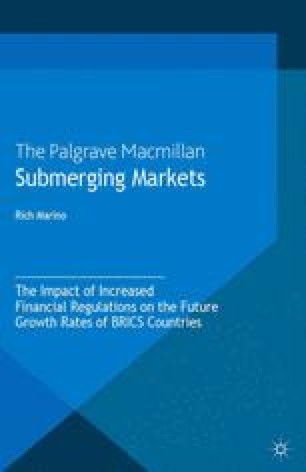 An Analysis of India’s Economy Relative to Its Capital Flows

In August of 2011, the Reserve Bank of India (RBI) claimed that the ratio of volatile capital flows to foreign exchange reserves increased to 67.3 percent in 2010–11 contrasted with 58 percent in the previous financial time period y/y. It should also be noted that volatile capital flows include foreign short term debt and cumulative portfolio inflows. Also in a report which is issued twice a year is the ratio of short term debt to foreign exchange reserves and that stood at 18.8 percent on March 31, 2010, but that number increased to 21.3 percent on March 31, 2011. Moreover, short term trade credit declined from $47.6 billion in 2009–10 to only $11 billion in 2010–11. 1

Foreign Direct Investment Capital Flow Capital Inflow Current Account Deficit Capital Control
These keywords were added by machine and not by the authors. This process is experimental and the keywords may be updated as the learning algorithm improves.
This is a preview of subscription content, log in to check access.