The Anthropology of Elites 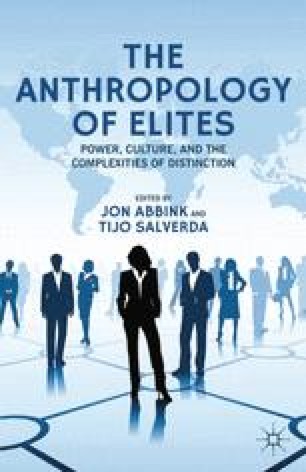 Pupillage: The Shaping of a Professional Elite

The UK professions have come under pressure, both commercial and governmental, in the last decades of the twentieth century. Commercial forces have had an impact on their structures and labor processes, while what has been termed a new culture of “managerialism” is evident in increased bureaucratization and regulation, both internal and external. There is disagreement among analysts, as we outline later in this chapter, over the extent and effects of such pressures—some writers allege that they have resulted in deprofessionalization and loss of identity, whereas others emphasize the professions’ resilience and continuity in identity and professional commitment. In anthropological terms, this raises the question of whether professions can still be considered as elite groups, in the sense outlined by Cohen (1981). In this chapter we take an anthropological approach to these issues, in the case of the Bar of England and Wales (the Bar), one of the longest established of the UK’s professions. We ask whether the new managerial ethos has undermined barristers’ identity and status, and whether commercial pressures have undermined their position as legal professionals. We do this by examining recruitment and the vocational training undertaken by new entrants, given that barriers to entry have often be regarded as one of the most notable characteristics of an elite or status group (Abel 2003).

Legal Profession Legal Service Emotional Labour Elite Group High Court
These keywords were added by machine and not by the authors. This process is experimental and the keywords may be updated as the learning algorithm improves.
This is a preview of subscription content, log in to check access.