Bodies and Things in Nineteenth-Century Literature and Culture 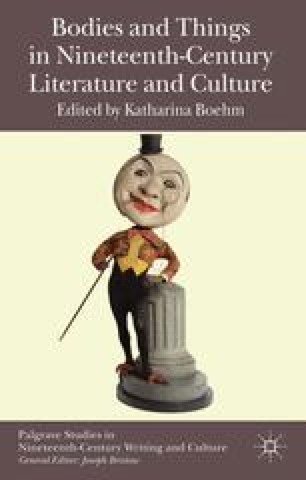 ‘The end of all the privacy and propriety’: Fanny’s Dressing Room in Mansfield Park

Fanny Price’s East room in the Bertram estate attracts not only characters in Jane Austen’s 1814 novel Mansfield Park to knock on its door and peer inside, but literary scholars as well. Critics drawn to investigate the significance of this room have discussed its constellation of identities, including that of a study, library, sitting room, theatre, and storeroom. Miranda Burgess, for example, refers to the East room as ‘Fanny’s British Museum’ in which she keeps artefacts of a ‘personal and imperial history’.1 For John Wiltshire, Fanny’s haven is a ‘surrogate maternal space’, but for Claudia Johnson, it acts in part as a storeroom for her gifts and the overall ‘debt’ to the Bertrams they signify.2 Isobel Armstrong argues that the former ‘nursery’ is ‘the place where Fanny constructs her world’, and Penny Gay and Anna Lott depict the former schoolroom as a place where lessons are taught and learned, especially during rehearsals of Elizabeth Inchbald’s play Lovers’ Vows.3 Finally, Barbara Hardy distinguishes the apartment superlatively as ‘the heart of Mansfield Park’.4

Marriage Market Domestic Space Imperial History Family Record Room Door
These keywords were added by machine and not by the authors. This process is experimental and the keywords may be updated as the learning algorithm improves.
This is a preview of subscription content, log in to check access.