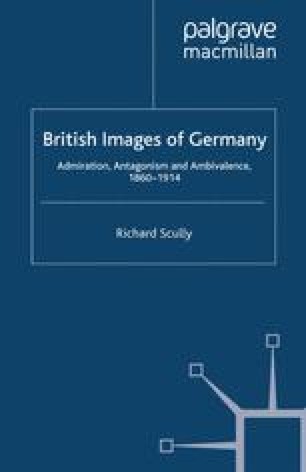 War and the Severing of the ‘Pink Link’

For all its internationalist spirit, collaboration between British and German mapmakers could not survive the reality of open military conflict between the European powers. Like the utopian International World Map project, the close and profitable Anglo-German cartographic freemasonry ‘foundered on the rocks of entrenched national antipathy and suspicion’ exposed by the First World War; and the spirit of international cooperation which had been growing stronger in the cartographic world ‘lay in ruins’ by August 1914.1 The outbreak of war between Britain and Germany caught many in the commercial cartographic business off guard. Thomas Barker, Bartholomew’s printing manager (and a future director of the firm), was in Berlin when the crisis developed, and was trapped there for an unknown period full of ’anxiety and worry’ at his situation.2 Barker’s German-born wife, Marie-Louise, related to John George her husband’s ‘fearful state’ and his concern that he could not renew his business with the firm.3 Both Barkers viewed the war as ‘so uncalled for’, and for all the other cartographers maintaining close interpersonal and professional relationships across the North Sea, it must have been greatly upsetting.4 James Geikie, the noted geologist and a prominent enthusiast for German poetry and scientific thought, was no doubt expressing a widespread feeling when he remarked to his friend John George Bartholomew that ‘[t]his abominable war has upset everything and caused the very name of German to stink’.5

European Power Fearful State Unknown Period Diplomatic Affiliation Widespread Feeling
These keywords were added by machine and not by the authors. This process is experimental and the keywords may be updated as the learning algorithm improves.
This is a preview of subscription content, log in to check access.