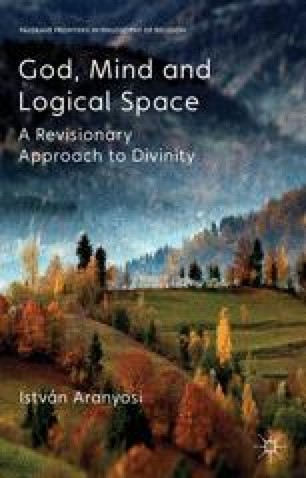 Afterword: “A God of Garbage”?

Wherever I gave a talk based on the main ideas of Logical Pantheism the questions-and-answers period that followed turned into heated discussion. People of various professional and cultural backgrounds in diverse geographical locations, such as Oxford, Istanbul, and Singapore, got quite excited by the idea that God could be identified with Logical Space. The most positive about this proposal were two philosophers based in Singapore, who specialize in Chinese philosophy and in Buddhism — Lisa Raphals and Brook Zyporin. Unfortunately, my knowledge of Eastern philosophy was and is very limited, so I did not feel competent enough to even try to incorporate some elements of those into this book. However, most of the feedback I received on the core idea, the identification of God with Logical Space, was negative and sometimes quite passionately so. The main cause for discontent was that Logical Space packs too many irrelevant elements into the concept of God, and even elements that are in contradiction with God’s attribute of perfect goodness. The climax of such heated discussion was in Istanbul, when someone, otherwise not a religious person, exclaimed: “This is a god of garbage!”

Chinese Philosophy Logical Space Ethical Requiredness Religious Person Heated Discussion
These keywords were added by machine and not by the authors. This process is experimental and the keywords may be updated as the learning algorithm improves.
This is a preview of subscription content, log in to check access.