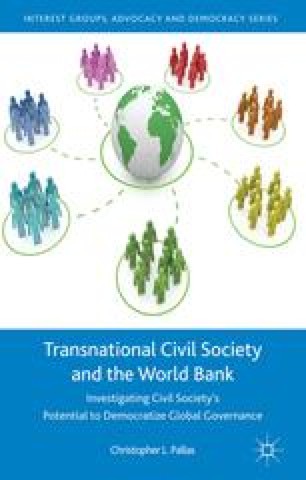 Principles and Paychecks: Positions and Participation in the IDA-10

Although a large number of actors had begun to develop a common policy agenda during the early days of the 10th IDA, this loose coalition quickly fractured during the post-Narmada controversy over whether to attack the Bank’s funding. Nearly every civil society organization staff member interviewed for this research affirmed the presence of significant tensions and disagreements among TCSOs both during and after the IDA-10. One respondent described organizations as constantly ‘competing for … funding and publicity’. Another, from an NGO with a strong anti-Bank agenda, described the staff of more moderate NGOs as being plagued by an intellectual inferiority complex. A former staff member with one development organization recalled being excluded from meetings with colleagues from other TGSOs after he publicly disagreed with their position on the Narmada Dam. Instead of the consensual processes scholars often predict among civil society actors, divisiveness became common.

Civil Society Policy Position World Wildlife Fund International Development Association Sierra Club
These keywords were added by machine and not by the authors. This process is experimental and the keywords may be updated as the learning algorithm improves.
This is a preview of subscription content, log in to check access.

Cite this chapter as:
Pallas C.L. (2013) Principles and Paychecks: Positions and Participation in the IDA-10. In: Transnational Civil Society and the World Bank. Interest Groups, Advocacy and Democracy Series. Palgrave Macmillan, London. https://doi.org/10.1057/9781137277619_4