Theology in the Age of Global AIDS & HIV 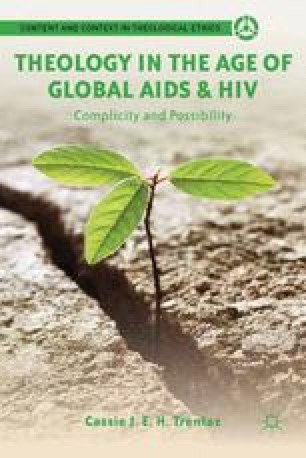 Interlude: The Making and Unmaking of the World

Trickster figures appear in stories all over the world. They are figures “on the road,” of the in-betweens, the character “who threatens to take the myth apart.”2 In spaces of heightened uncertainty one finds the trickster, the boundary crosser. Trickster is also one who at times makes the boundary or makes visible an order or distinction previously unseen.

Normative World African American Community African American Patient African Descent Boundary Crosser
These keywords were added by machine and not by the authors. This process is experimental and the keywords may be updated as the learning algorithm improves.

[T]he best way to describe trickster is to say simply that the boundary is where he [or she] will be found—sometimes drawing the line, sometimes crossing it, sometimes erasing or moving it, but always there.1