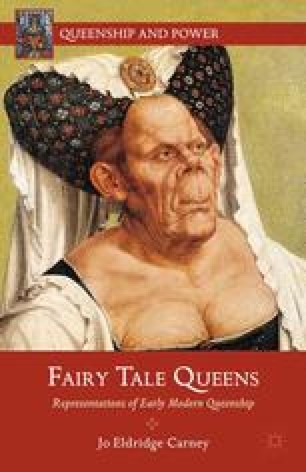 Men, Women, and Beasts: Elizabeth I and Beastly Bridegrooms

In 2001, in the online magazine Nerve, philosopher Peter Singer published a review of Dearest Pet, naturalist Midas Dekker’s book on the history of bestiality. In his review, “Heavy Petting,” Singer points out that the taboo against human-animal sex still prevails even though most other taboos against nonprocreative sex have given way. According to Singer, the persistence of this taboo in spite of documented evidence of interspecies sexual contact is indicative of our ambivalent relationship with animals. Human-animal interactions, Singer explains, have served a variety of purposes: labor, procurement of food, emotional fulfillment—and even sexual satisfaction. On the other hand, we have “always seen ourselves as distinct from animals and imagined that a wide, unbridgeable gulf separates us from them,” particularly in the western tradition from Genesis to the Renaissance to Kant.1 The recent proliferation of academic interest in animal studies seeks to interrogate these entrenched cultural perceptions about the human-animal divide.2

Wild Boar Fairy Tale Early Modern Period Queen Mother World Picture
These keywords were added by machine and not by the authors. This process is experimental and the keywords may be updated as the learning algorithm improves.

“After the new bride was dressed in rich attire and adorned with jewels, she awaited the dear bridegroom, and the pig entered, filthier andmuddierthan ever. However, shegraciously welcomed him by spreading out her precious gown and asking him to lie down by her side.”

“The princess began to cry, and was afraid of the clammy frog. She didn’t dare touch him, and now he was going to sleep in her beautiful, clean bed. The kinggrew angry and said: ‘You shouldn’t scorn someone who helped you when you were in trouble.”’

—The Brothers Grimm, “The Frog King”

“The queen … says openly that she would give a million for her frog,’ as she calls Alençon, to be swimming in the Thames … but her show of regret … is fictitious and feigned.”

—Mendoza, the Spanish ambassador, commenting on Elizabeth’s reaction to one of her suitors

“He is like my little dog. As soon as he is seen anywhere, people know that I am coming”

—Elizabeth on her relationship to Robert Dudley, the Earl of Leicester