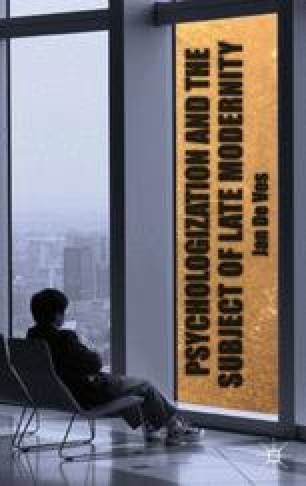 Introduction: Psychology and Its Doubles

“I want to become human”, said Hans Van Themsche when he heard the jury sentencing him to life imprisonment. The 18-year-old Hans Van Themsche bought a hunting rifle, dressed up in the style of The Matrix and walked through the centre of Antwerp intending to kill “some coloured trash”. He shot three people – only one of whom survived – before being shot in the stomach by a policeman. “I want to become human, I need professional help”, he uttered when he heard his verdict. Should we tell him that, after all, we the professionals do not know precisely what is human ourselves? Consider, for example, the fierce battle during his trial between the psychiatric court experts, who diagnosed him as autistic and declared him to be of unsound mind, and the psy- professionals, in the media, who claimed to speak for everyone who was shocked and offended by the alleged relationship between autism and inhuman atrocities. This battle of the experts was already the second one in this trial. The first was the debate over whether racism was a motive for Hans Van Themsche’s deeds – he had sympathies for the Flemish xenophobic party Vlaams Belang – or whether his behaviour was purely psychopathological. Academia disagreed. Was this a case of racism or autism? Sociology or (neuro)psychology? But is it not clear that both stances undermine any concept of responsibility, let alone subjectivity? This case seems to lay bare the fact that we no longer understand what responsibility is and, more generally, what the human is, in spite of all the available sociological or neuropsychological explanations. Or as José Saramago already predicted in an epigraph of one of his novels: “we will know less and less what is a human being” (Saramago, 2008).

Life Imprisonment Narrative Theory Late Modernity Neurological Research Discursive Scheme
These keywords were added by machine and not by the authors. This process is experimental and the keywords may be updated as the learning algorithm improves.
This is a preview of subscription content, log in to check access.