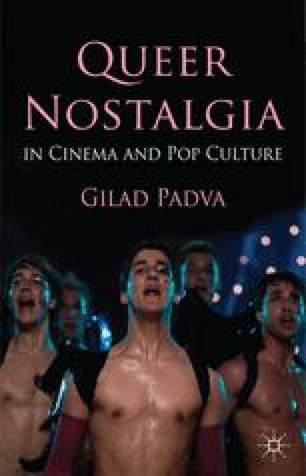 The 1960s gay play Boys in the Band centers on the highly melodramatic relationship between boisterous drama queens, sarcastic gay men and an unwise hustler in New York’s Upper East Side. What is nostalgia for these hyper-stereotypical boys in the band? What is nostalgic about making (these) boys? Particular answers to these stimulating questions are manifested in the gay documentary film Making the Boys, in which the play Boys in the Band, its 1970 cinematic adaptation, and their controversies are narrated in a rather nostalgic manner. Although past and present criticism of the seemingly stereotypical nature of the play and the film are not ignored, Making the Boys attempts to make the boys happy by intensive glorification of the bravery of playwright Mart Crowley for daring to initiate an explicitly gay text with overtly gay male New York protagonists who speak, cry, and yell at each other about their authentic dreams, anxieties, failures, abusiveness, friendships, and betrayals.

Sexual Minority Stereotypical Nature Film Entertainment Living Dream Daily Hardship
These keywords were added by machine and not by the authors. This process is experimental and the keywords may be updated as the learning algorithm improves.
This is a preview of subscription content, log in to check access.