Studies in the Medieval Atlantic 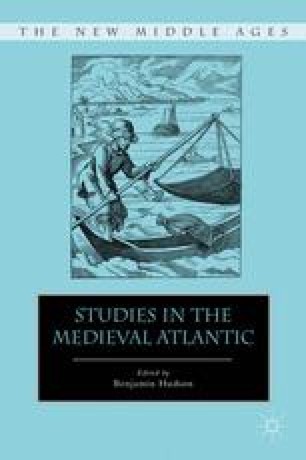 Into the Atlantic or into the Mediterranean?: Spanish Military Choices in the Late Fifteenth and Early Sixteenth Centuries

The story is told by the tour guides of the Alhambra in Granada, Spain, that it was in the Hall of the Ambassadors when Isabella I of Castile, queen of Spain, one of “los catholicos reyes,” was sitting on the throne of the former Sultan Abu ‘abd Allah Muhammed XII (better known as Boabdil) that Christopher Columbus approached the queen with the request for funds to sail west across the Atlantic Ocean. Appealing to her missionary zeal recently satisfied by the conquest of Granada made by her and her husband, Ferdinand II of Aragon, king of Spain, the other “los catholicas reyes,” Columbus promised to lead more souls to Christendom. It was a promise that he would keep, as his voyages to the New World would initiate the largest conversion of non-Christians since perhaps the days of Constantine.1

Sixteenth Century Military Organization Charles Versus Social Continuity Atlantic Realm
These keywords were added by machine and not by the authors. This process is experimental and the keywords may be updated as the learning algorithm improves.
This is a preview of subscription content, log in to check access.

Cite this chapter as:
DeVries K. (2012) Into the Atlantic or into the Mediterranean?: Spanish Military Choices in the Late Fifteenth and Early Sixteenth Centuries. In: Hudson B. (eds) Studies in the Medieval Atlantic. The New Middle Ages. Palgrave Macmillan, New York. https://doi.org/10.1057/9781137062390_8