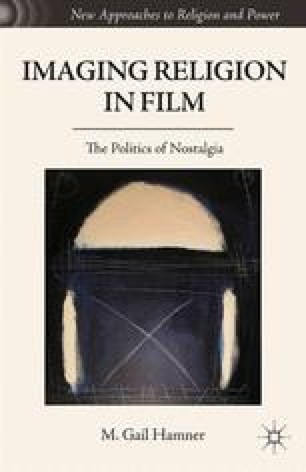 Akira Kurosawa: “What Is a Thing?”; Posing the Religious in Dersu Uzala (1975)

The three case study films that compose this half of the book were chosen along the axes of production, distribution, and consumption. Each chapter analyzes a film that foregrounds a borderline case, not necessarily an atypical case (although Dersu Uzala fits that bill, too), but a moment of production, distribution, or consumption that exemplifies some of the national and international joints of film industry. As this chapter details below, Dersu Uzala was the only film produced by Kurosawa outside of Japan. The fact that he produced this film at all and the fact that it was produced in Soviet Russia with mostly Soviet monies have important social and cultural correlates that need to be addressed, including the rise of television, the resulting restructuring of Japanese film industry, and the strivings of a Western-designated “auteur” within Japan. In terms of religion, this film and chapter rest on two questions. The first centers discursively on the relationship between the “religious” and the “social,” a relationship that is familiar to religion scholars but not to film scholars. The second question forms what I perceive to be the enduring worth of Dersu Uzala, namely the question of “what is a thing?” Put more directly: Under the reifying forces of capitalism, by what powers or politics are the boundaries between thinghood and personhood drawn, and how can they be contested? Kurosawa’s film focuses the pedagogy of self on the boundaries drawn by capitalism and imperialism and the loss of life

Religious Ritual Film Festival Buddhist Practice Open Scene Title Character
These keywords were added by machine and not by the authors. This process is experimental and the keywords may be updated as the learning algorithm improves.
This is a preview of subscription content, log in to check access.