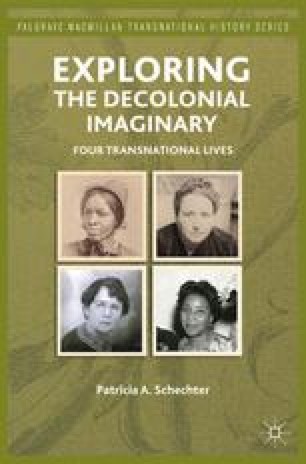 “It is queer the use of that word,” Gertrude Stein mused in her memoir Everybody’s Autobiography (1937), “native always means people who belong somewhere else, because they once belonged somewhere.” “That shows that the white race does not really think they belong anywhere,” she continued, “because they think of everybody else as native.”1 Nativity helped Amanda Smith sort out identity in the transnational, quasi-colonial setting of Liberia, but Stein’s view of the word native as “queer” and unstable situates such designations in a highly dynamic grammar of meaning. By detaching “the white race” from any fixed sense of home, place, or belonging, Stein cut the ground out from nativity as an organizing principle for identity and turned to sand any assumption of security or prerogative based on it. The pronoun “they” seems to position the author outside the category “white race.” Yet, regardless of what “they” or “everybody else” might feel, claim, or seem to be, all of such designations are ultimately an effect of power, in this case, colonial relations. (Stein’s immediate referent was the presence of Moroccan soldiers in France, who were colloquially termed “native troops.”) Who gets to be or feel at home or to claim citizenship (or not) is a product of social relationships rather than a natural fact like birth; human identification and attachment can only be apprehended as an unfolding and contingent product of history.

White Race Photo Credit Woman Suffrage American Authority Celebrity Worship
These keywords were added by machine and not by the authors. This process is experimental and the keywords may be updated as the learning algorithm improves.
This is a preview of subscription content, log in to check access.