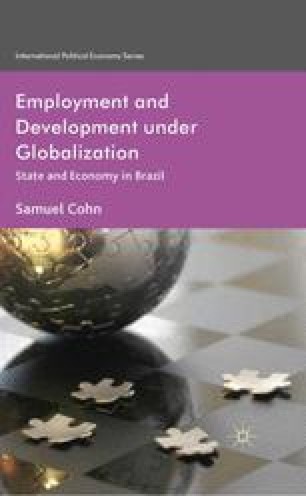 Employment and Development under Globalization pp 61-74 | Cite as

Major Infrastructure and the Larger Economy: The Central Importance of Airports

This chapter takes the O’Connorian argument that states promote economic development by building infrastructure — and expands it beyond the hotel and restaurant sector to the economy as a whole. Nominally, the programs discussed in Chapter 3 were tourism development programs. However, PRODETUR in a deeper way was an infrastructure program, which was meant to have an impact on reducing poverty in Northeast Brazil as a whole. Far more money went into general infrastructure than went into any project that was strictly “touristic”. The largest single financial component of PRODETUR was airport construction — representing 30 percent of the total expenditures. The next three largest components were road building, water projects and sanitation. Transportation and sanitary infrastructure have far more effects on an economy than the mere support of tourism; they are critical stimuli to the development of entire economies. Transportation is essential for facilitating agriculture, industry, trade and export. Water and sanitation are critical supports for the housing industry.

Large Economy Wholesale Trade Major Infrastructure Clear Success Airport State
These keywords were added by machine and not by the authors. This process is experimental and the keywords may be updated as the learning algorithm improves.
This is a preview of subscription content, log in to check access.