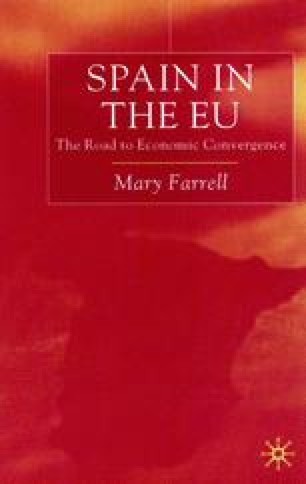 The Labour Market, Unemployment and Divergence

Spain entered the European Community in 1986 with one of the highest levels of unemployment among all the member states. While the EU average for that year stood at 10.8 per cent, the Spanish rate of unemployment was practically double, at 20.8 per cent. When the country joined the third stage of European monetary union on 1 January 1999, with the introduction of the euro, the unemployment rate stood at 18.2 per cent for the country as a whole, with 3.07 million people out of work. However, the picture is far from uniform throughout the country. On a regional basis, unemployment rates of over 30 per cent have been registered, while some provinces saw unemployment levels below 10 per cent (Financial Times, 1999). Female unemployment, at just over 26 per cent, was double the jobless rate for male workers.

Labour Market Unemployment Rate Monetary Union European Monetary Union Employment Policy
These keywords were added by machine and not by the authors. This process is experimental and the keywords may be updated as the learning algorithm improves.
This is a preview of subscription content, log in to check access.