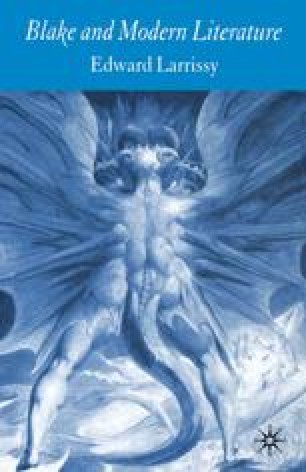 Blake enters the twentieth century for many writers as the exponent of a poetic style which was seen as direct and forceful, but also suggestive, in a way which accorded with certain tendencies in Modernism. This allowed him to operate as a congenial mentor, and set him apart from other Romantic poets even for one who entertained grave doubts about him, namely T.S. Eliot, though in his case it could be said that part of his intention was to isolate the radical elements in Blake’s aesthetic from what still seemed to him to be sullied by bad Romantic attitudes: in this, of course, he also had the ulterior motive of discouraging such attitudes in his contemporaries. But Blake’s stance as a kind of revolutionary, and rebel against bourgeois morality, does him no harm.