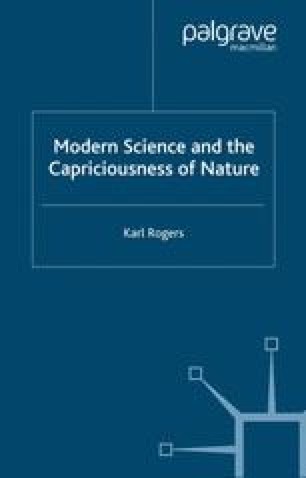 The Capriciousness of Nature

The recent earthquakes and tsunamis in Asia and the hurricanes in the Caribbean and the United States remind us of the indiscriminate destructive power of Nature. Clearly the poor people of affected countries are the least protected and suffer the most during the aftermath of such natural catastrophes, but the destructive power of Nature is indifferent to class, race, creed, wealth, or politics. We live in a world in which hunger, poverty, disease, squalor, fear, misery, and premature death are widespread consequences of natural catastrophes. If we also consider floods, epidemics, blizzards, lightning strikes, landslides, avalanches, tornadoes, and droughts, then we can readily recognise that the destructive power of Nature seems arbitrary. Babies are all too often born with horrendous deformities, clearly through no fault of their own, and old age frequently brings the pain and indignity of decay, senility, and infirmity, regardless of how the person lived their life. Death ultimately comes to us all regardless of status, wealth, or character. A physically fit athlete can be struck down in his or her prime by a hereditary heart defect, while watched by an overweight and aged spectator who has survived his or her third heart attack after a lifetime’s indulgence and inactivity. We seemingly struggle, in the face of numerous arbitrary and destructive events, to live within a hostile or indifferent natural world, which can strike us down without warning or reason.

Technological Innovation Modern Society Natural World Modern Science Technological Society
These keywords were added by machine and not by the authors. This process is experimental and the keywords may be updated as the learning algorithm improves.
This is a preview of subscription content, log in to check access.