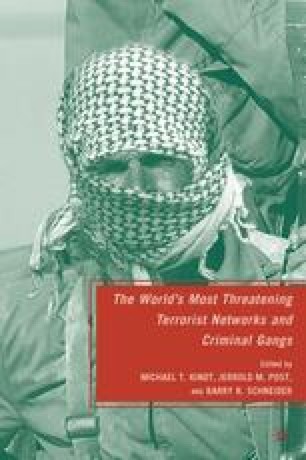 When Abdullah Ocalan, the authoritarian charismatic leader of the Kurdish separatist group, the Kurdistan Worker’s Party (PKK), was captured in 1999, it was devastating to the organization. Similarly, when Abimael Guzman, the authoritarian charismatic leader of Peru’s Sendero Luminoso, the Shining Path, was captured in 1992, it was a mortal blow to the organization. But, when, as result of the massive air-ground campaign in Afghanistan in the aftermath of 9/11, although Al Qaeda suffered severe losses, it was not their end. This includes the death and/ or capture of several senior leaders and the destruction of the centralized headquarters and training sites of Al Qaeda in Taliban-controlled Afghanistan. From there, bin Laden and his chief leaders had administered the group’s personnel, finance, recruitment, training, and operational planning. But after being denied their safe haven and while on the run, acting defensively, bin Laden and Al Qaeda adapted to a new reality.

Hate Crime Muslim Community Senior Leader Muslim Brotherhood Muslim Immigrant
These keywords were added by machine and not by the authors. This process is experimental and the keywords may be updated as the learning algorithm improves.
This is a preview of subscription content, log in to check access.