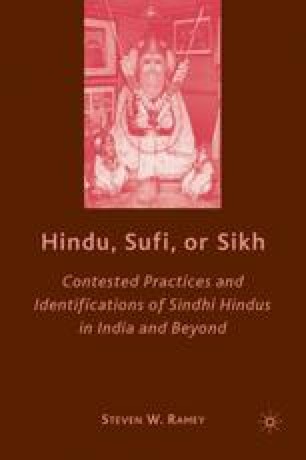 According to various Sindhi Hindu accounts, in the tenth century CE, Hindus in Sindh were living peaceably under Muslim rulers, until the unthinkable happened. Mirkhshah, a ruler in Sindh, summoned the leaders of the Hindus and, with the encouragement of several advisers, declared that all Hindus must convert to Islam or be killed. In response to their pleading, Mirkhshah gave the Hindus some time to make their choice.

Religious Tradition Indian Express Hindu Tradition Muslim Ruler Hindu Deity
These keywords were added by machine and not by the authors. This process is experimental and the keywords may be updated as the learning algorithm improves.
This is a preview of subscription content, log in to check access.