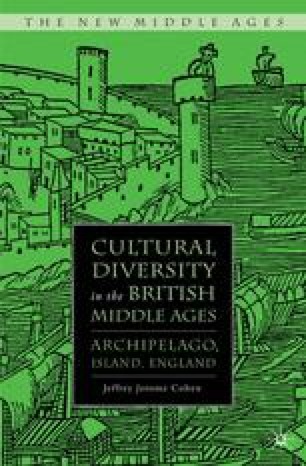 Chaucer and the War of the Maidens

The legendary history of the origin of the Czech dynasty, with its account of a matriarchal founder and Amazonian rebels, probably accompanied Anne of Bohemia to England, where she became Richard II’s Queen. These legends may underlie the alternation of agency and compliance found in the female characters in Chaucer’s works traditionally associated with Anne.

Female Character Female Origin Good Woman Origin Myth Female Power
These keywords were added by machine and not by the authors. This process is experimental and the keywords may be updated as the learning algorithm improves.
This is a preview of subscription content, log in to check access.