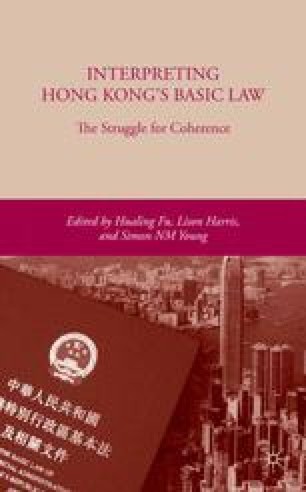 In this chapter, I analyze the extent to which international human rights treaties, and interpretative materials that inform and update our understanding of those treaties, are considered and relied on by the Hong Kong judiciary. I adopt a fairly broad definition of “interpretative materials” to include not only international and foreign judgments but also commentary by international treaty monitoring bodies, periodic reports submitted by the Hong Kong government regarding its implementation of the treaties, and other nonjudicial commentary.

Judicial Review Periodic Report Special Administrative Region Legislative Council United Nations Human
These keywords were added by machine and not by the authors. This process is experimental and the keywords may be updated as the learning algorithm improves.
This is a preview of subscription content, log in to check access.