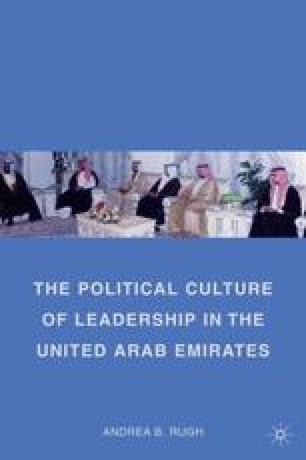 Sultan Saqr was one of the most important figures in regional politics during the first half of the nineteenth century, despite efforts by the British to suppress him. After he died in 1866, the Qawasim empire began to crumble as his many ambitious sons took advantage of the power vacuum left by his death. The disintegration occurred on several fronts. On the northern Gulf coast, the Persians took advantage of divisions within the Qawasim family to extend their influence in the coastal area, so that by the end of the nineteenth century Qawasim rule in Persia was essentially over. Qadhib Rashid, the paternal uncle of Sultan, started the century as Shaikh of Linga (1805–1829).1 He was succeeded by his son Muhammad for a few months until another son, Said, took over and ruled between 1829 and 1854. In 1854, Said’s son, Khalifa, became shaikh and ruled for two decades. Up to this point the succession progressed in orderly fashion from father to son. But in October 1874, when Sultan’s relative, Ali Khalifa (1874–1878), succeeded to the chieftainship, the Persians saw in his inexperience and the divisions within the Qawasim, a chance to seize Linga customs and impose high taxes on the inhabitants (Rush 1991: xviii). .

Saudi Arabia Political Culture British Council Maternal Grandfather Maritime Activity
These keywords were added by machine and not by the authors. This process is experimental and the keywords may be updated as the learning algorithm improves.
This is a preview of subscription content, log in to check access.