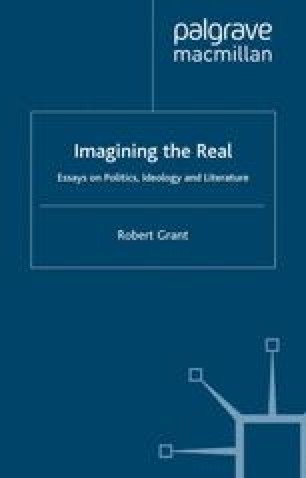 The Case of L.H. Myers

Nowadays little more than a name, L.H. Myers (1881–1944) is remembered chiefly for a dictum about ‘the deep-seated spiritual vulgarity that lies at the heart ofour civilization’. Yet he was a serious novelist ofthe inter-war years, uniquely acclaimed by highbrow criticism and the general public alike: his major work, the trilogy The Root and the Flower (1929–35), won two well-known literary awards and, by 1943, had effectively gone through four editions, one of them for the Book Society. I once mentioned my interest in Myers, apologizing for its obscurity, to a lady who was at Oxford in his heyday. ‘Myers?’ she replied to my surprise, ‘Oh, yes! Everyone was reading him in the Thirties.’

Moral Intensity Transcendental Dimension Moral Conscience Dangerous World Nice People
These keywords were added by machine and not by the authors. This process is experimental and the keywords may be updated as the learning algorithm improves.
This is a preview of subscription content, log in to check access.

Cite this chapter as:
Grant R. (2003) The Case of L.H. Myers. In: Imagining the Real. Palgrave Macmillan, London