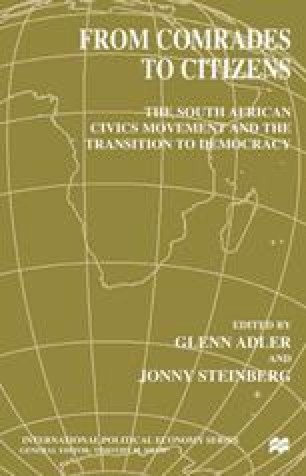 Introduction: From Comrades to Citizens

‘David and Goliath’ stories speak to that corner of our collective imagination which entertains humanity’s loftiest and proudest images of itself: the victory of honesty over deceit, of rationality over the dark and the archaic, of the sheer will to freedom over the might of arms. In today’s world, such stories are intrinsically seductive because they nourish modernity’s most sanguine and benign images of its own adventure, the idea that our story is one in which the oppressed and the downtrodden will inevitably find their rightful place at the summit of political power, no matter how bleak the odds.