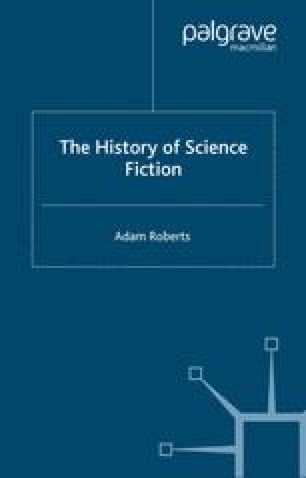 Two apparently contradictory observations suggest that something peculiar happened to written SF in the last decades of the twentieth century. The first is that, over this period, more and more SF novels and stories appeared annually, among them many significant achievements and some undeniable masterpieces, such that SF grew into one of the most successful branches of publishing. But a second, more value-based observation is that during this period the novel stopped being the prime mode of SF. As visual SF (particularly cinema and TV) increasingly came to dominate the mainstream, prose SF became increasingly sidelined — an energetic sideline with many passionate adherents, but a sideline none the less. Scores of SF novels in the 1980s and 1990s became bestsellers and were acclaimed as classics in their day; but a very small number of those titles are still alive today in a meaningful sense. By ‘alive’ I mean a book still in print, still the subject of discussion and recommendation among readers (outside small-scale, dedicated fan bases), still influencing new writers, still making a cultural impact.

Virtual Reality Science Fiction Cultural Impact Divine Revelation American Writer
These keywords were added by machine and not by the authors. This process is experimental and the keywords may be updated as the learning algorithm improves.
This is a preview of subscription content, log in to check access.