Gissing and the City 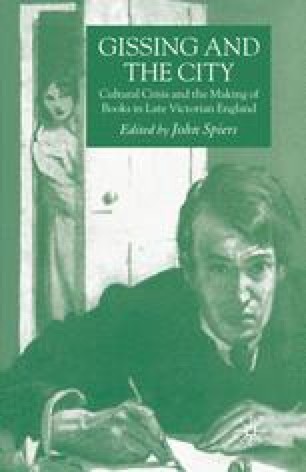 ‘Children of the Street’: Reconfiguring Gender in Gissing’s London

Gissing’s representations of London are inevitably caught up in representations of gender. As always, with Gissing, this relationship is fraught with tension, even contradictions: at times the city seems to impose rigid boundaries on the lives of its fictional inhabitants and the conventions of gender that shape their identity, while at other times it seems to grant a kind of freedom that has profound implications for gender and for social progress in general. Focusing on The Nether World (1889) and The Unclassed (1884), I explore these very different visions of the city and its relationship to its inhabitants. Juxtaposing these two particular novels — positioning Gissing the pessimist alongside Gissing the idealist, and the figure of the Victorian angel alongside the streetwalker — generates a curious observation: the city defeats the angel, in the bleak conclusion of The Nether World, while the prostitute in The Unclassed not only secures a happy ending but is endowed with a kind of power to transform the city. But my essay is less concerned with Gissing’s representations of women, a subject which has been productively explored by a number of feminist critics in recent years, than with the way gender itself operates in these novels — that is, the ideological work that it performs.1 I contend that gender is central to the resolution of the social conflicts Gissing explores in these works.

Rigid Boundary Social Progress Urban Poverty Happy Ending Ideological Work
These keywords were added by machine and not by the authors. This process is experimental and the keywords may be updated as the learning algorithm improves.
This is a preview of subscription content, log in to check access.