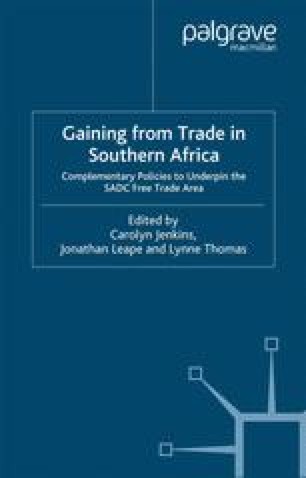 As the global market becomes increasingly integrated and competitive, there is a concern that Africa will be further marginalised in international trade. It has been argued that, while sub-Saharan Africa’s current marginalisation was partly due to the slow pace of growth in global demand for the region’s exports, inappropriate domestic policies (such as import barriers and an inability to diversify the export base) rather than external protection by developed countries were largely responsible for African countries’ inability to compete internationally (Ng and Yeats, 1997).