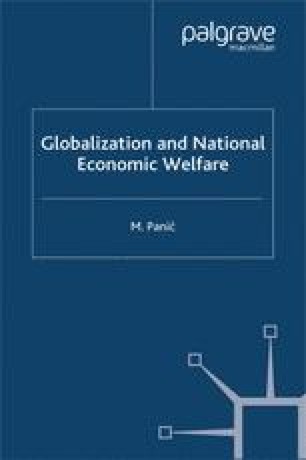 Transnational Corporations and the Nation State

The extraordinary growth of transnational corporations (TNCs) has probably been one of the most important developments in the world economy in the second half of the twentieth century. It is their actions that have been a major factor in linking national economies, especially those from the highly industrialized countries, to such an extent that the linkages are “beginning to give rise to an international production system, organized and managed by transnational corporations” (UNCTC 1992, p. 5). In the pursuit of narrow corporate objectives and strategies, a relatively small number of these enterprises have achieved such a command over global resources, and with it such an impact on the international economy, as to raise serious doubts about the long-term survival of the nation state as a form of political organization.

Foreign Direct Investment Monetary Policy Free Trade Industrial Policy Transfer Price
These keywords were added by machine and not by the authors. This process is experimental and the keywords may be updated as the learning algorithm improves.